All self-storage is not built the same. StorageUnits state-of-the-art facilities offer quality features to bring renters an upscale self-storage experience.

At StorageUnits, they know how important a trustworthy, secured, and well-maintained facility is. With a friendly management team, access 7 days a week, and temperature-controlled unit options for those extra-delicate items, the company offers dependable storage solutions that renters can count on.

In translation, that equates to over a billion dollars of self-storage communities that has been built by our development/construction team, spanning over 23 different states.

Regardless of the strategy or geographic location, our investment philosophy is guided by two overarching principles:

The StorageUnits team believes self-storage to be an attractive strategy for creating favorable risk-adjusted returns for investors with downside protection.

With the ability to dynamically manage revenue and efficiently scale management systems, self-storage is a viable alternative to other real estate strategies. 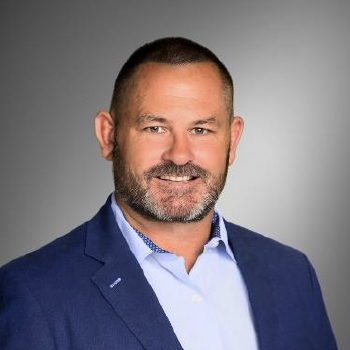 The New Zealand native left Auckland for the United States in 1993, in search of new opportunities. Since arriving, he has garnered success by combining hard work, determination, entrepreneurship, and a willingness to take a few chances.

Storage Units, LLC was formed in late 2014 and has more than 26 sites under different phases of construction nationwide, and plans on opening 2 million more square feet from now and the end of 2021.

In 2001, Richie was tasked with building a four-story project in Orlando, FL for Sure-Guard. During that time, he had his first child and ultimately settled permanently in central Florida. He also set off to start the first of his own companies, leaving Farrell Construction to create Pro-Tek Construction, LLC. Pro-Tek began by subcontracting Installation Services for major self-storage suppliers. Over the next seven years, Richie built the company to a peak of more than 250 employees with sales of $6-8 million annually. One client, Rabco Corp, dedicated all of its projects to Pro-Tek. That enabled Pro-Tek to stay strong during a drastic national economic downturn. During those trying times, Richie also effectively restructured the company and fine-tuned the costs, enabling Pro-Tek to earn even higher profits. Pro-Tek Construction installed more than 58 million square feet of self-storage before the sale of the company in 2018.

In 2012, Richie met Danielle Gavagni, his future wife. Together they purchased their first storage property in Apopka, FL in 2014. Using his years of hands-on experience, industry knowledge and business acumen, they built a profitable self- storage facility and set the stage for continued growth in the storage industry. Together, Richie and Danielle designed, created, and developed a unique Storage Units brand.

The Storage Units brand has since transformed into multiple companies carrying the name. The ongoing vision for the Storage Units brand is to build 10-20 new self-storage facilities nationwide per year. In one year, they have sold four operating facilities for $25 million, netting $8 million. As of 2020, Storage Units has four facilities open, seven under construction, six in for permit, three at the engineering phase, and five under contract in the due diligence stage.

By 2016, Richie became a founding member of Rapid Building Solutions (RBS). In 2018 he sold his labor company, Pro-Tek, to RBS for $5 million and under his leadership, RBS immediately turned sales of $30 million in its first year. With the addition of Pro-Tek labor, RBS was able to utilize its own assets and manpower to build and sell projects quickly, providing an ability to capitalize new projects.

Rapid Building Solutions now turns sales between $70 million and $80 million annually, and has built around 16 million square feet of self-storage and counting.

In 2020, Richie became a founding member of Rapid Construction Solutions; a company that was created to take on the role of General Contractor (GC) for all Storage Units branded storage facilities. RCS is immediately set to turn sales of $70 million in its first year with contracts from its sister company, Storage Units. RCS holds multiple GC licenses in multiple states across the east coast of the United States.

Richie has built excellent relationships with financial institutions such as Chase, Citizen’s, Truist, Mid Florida, First National Bank of Mount Dora, Morris Bank, and many others. The storage industry continues to be an essential part of the Rapid Building Solutions success.

Richie lives in central Florida with his wife, Danielle, son and two Doberman Pinschers. When he’s not working, he enjoys boating, watching the New Zealand national rugby team – the All Blacks, and traveling to his vacation home in The Bahamas. 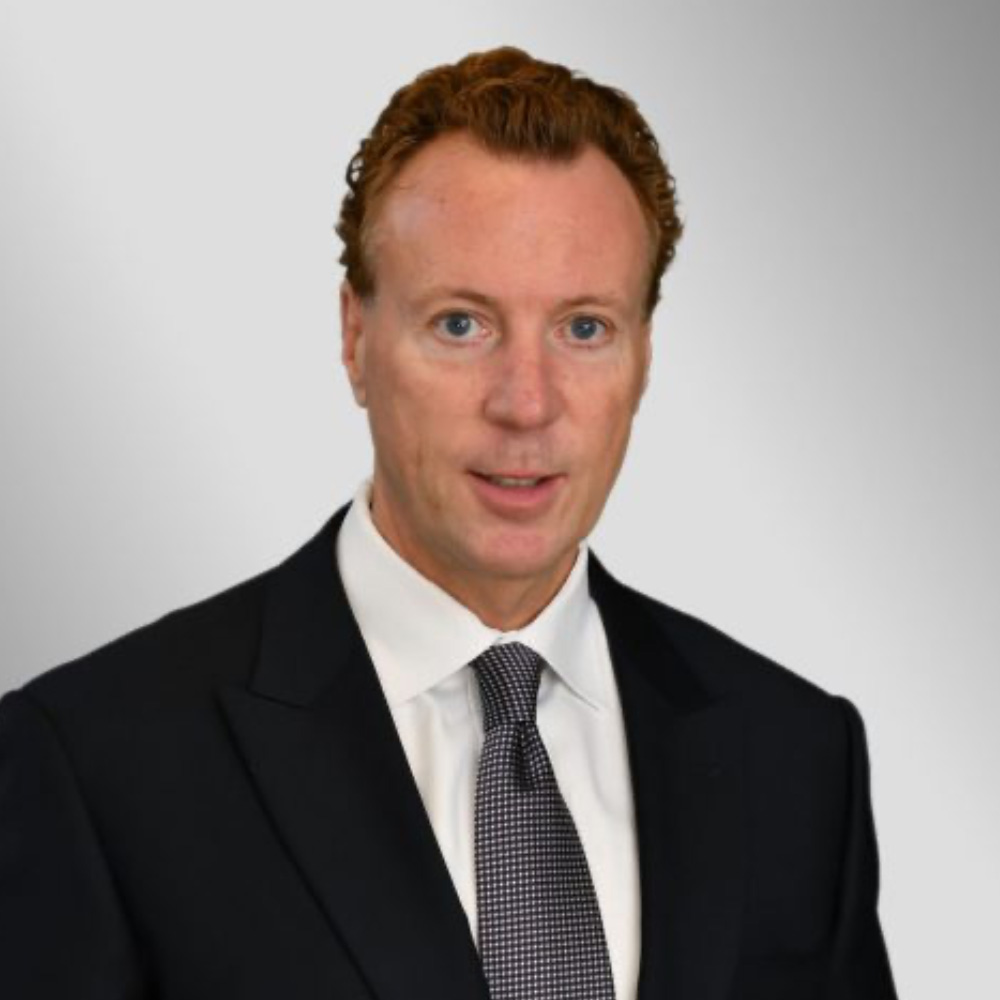 Over the course of his career Bill has raised and invested more than $2 billion of capital in various forms ranging from private equity to structured debt. He brings deep rigor and discipline to our team based on his extensive multi-sector institutional real estate investment, development, and operations experience.

Bill’s domestic and international leadership background leading high-growth teams as a strategic partner to Fortune 50 companies brings highly relevant growth expertise to our mission. Prior to joining our team, Bill served as Chief Investment Officer at Unicorp National Developments, a leading developer of retail, mixed use, and multifamily properties, EVP Corporate Development and Interim Chief Operating Officer at Digital Risk, LLC, where he delivered over $11 million of annual operating margin growth through operational improvements and supported the 2012 sale for $175 billion to Mphasis Ltd., (an HP Company), and Chief Operating Officer at Liberty Investment Properties, Inc., where he created and led national hotel development platforms in partnership with Goldman Sachs and Angelo Gordon. 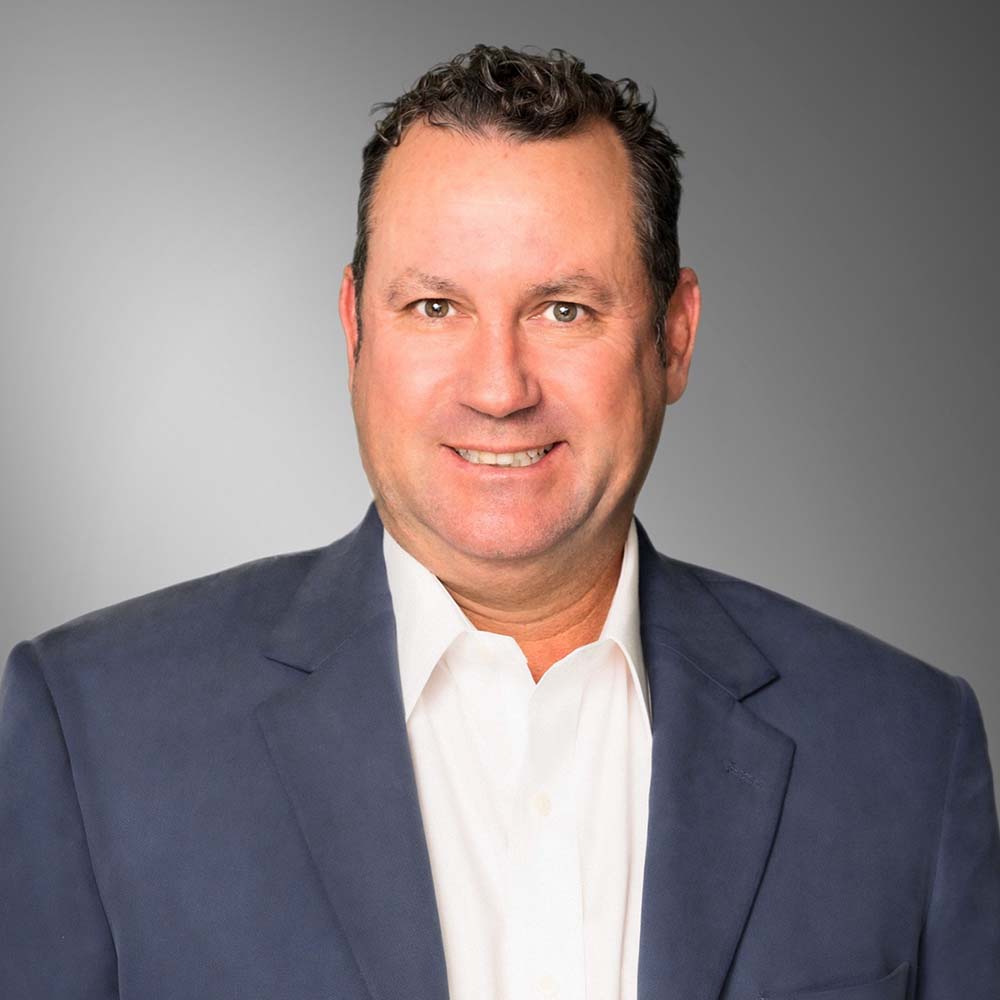 Wayne is 48 years old and resides in Orlando, Florida with his wife, son, and daughter.

With 23 years of experience in the self-storage industry, Wayne has developed many relationships within the industry, including developers, owners, engineers, and industry experts.

Wayne was raised in Cape Town, South Africa and came to the US to attend college. He eventually found his way into sales within the self-storage industry throughout the southeastern United States, attending quarterly and annual events with other industry leaders / experts and growing into building / developing hundreds of storage projects. Prior to Rapid Building Solutions, Wayne was President and owner of Express Building Systems…a company that built, developed, and designed storage facilities throughout the South East and Mid-Atlantic United States.

During this tenure, Wayne was instrumental in the completion of over 15 million sq. ft. and 400 storage facilities. He became Vice President of Rapid Building Solutions in 2016, assisting Francis Webster, Owner and President with the construction of projects and building the clientele that would help grow Rapid Building Solutions industry wide. In the last couple of years, Wayne has become owner / developer in Storage Units, a newly created brand, in several self-storage facilities throughout the east coast and continues to search for new investment opportunities in self-storage.

Wayne enjoys the great outdoors; he is an avid boater and enjoys the beach life and water skiing with family and friends. He has a great sense of humor and can keep you laughing all day! 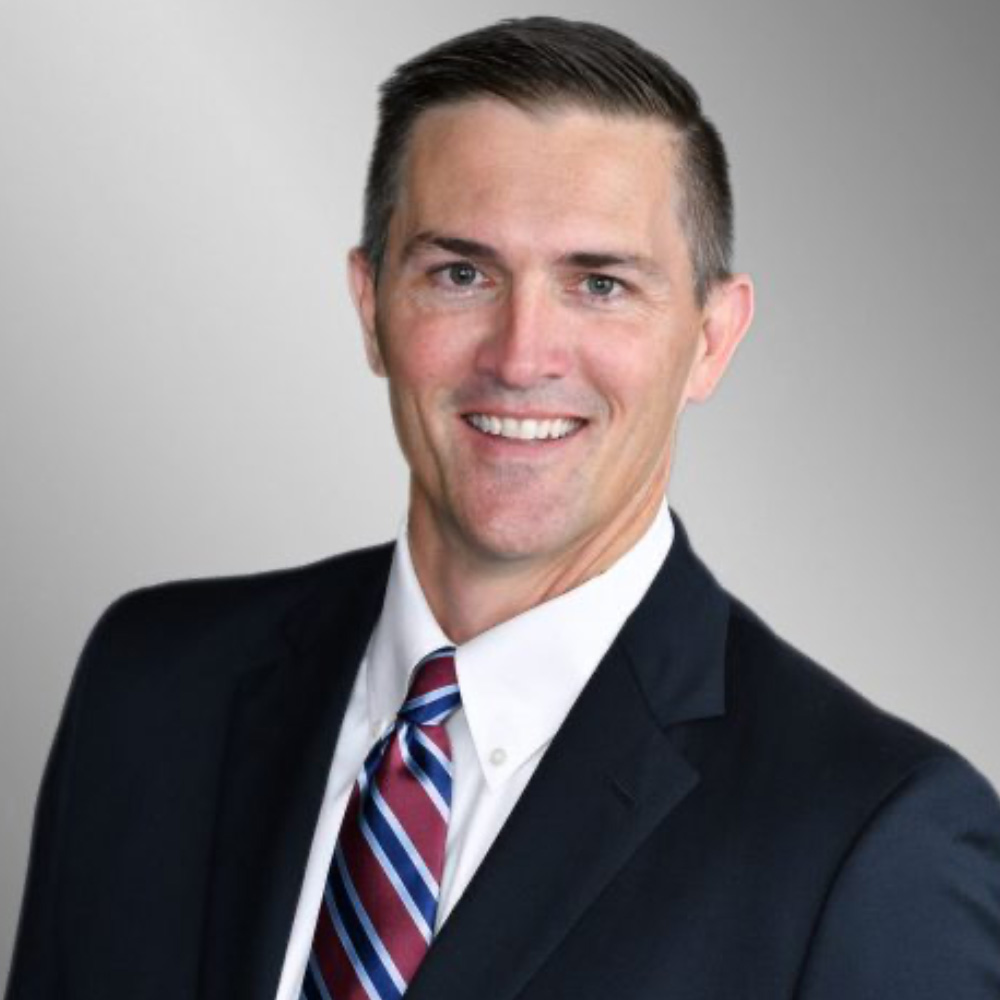 Sean D. Casterline, a Chartered Financial Analyst (CFA), is a recognized expert in the field of wealth management and alternative investments. As founder of Delta Capital Management, LLC, Sean specializes in the areas of corporate finance and alternative real estate transactions for clients across a wide variety of industries.

Mr. Casterline earned both his bachelor’s degree in Finance and master’s degree in Business Administration from the University of Florida. He also has the distinction of being a CFA Charter holder and was an Arbitrator for the NASD. Mr. Casterline is an active member at the University of Florida Alumni Association and has also served as a Director for the CFA-Orlando Society. He has been involved with other charitable organizations such as the Fellowship of Christian Athletes, Big Brothers/Big Sisters of Gainesville, and Habitat for Humanity. 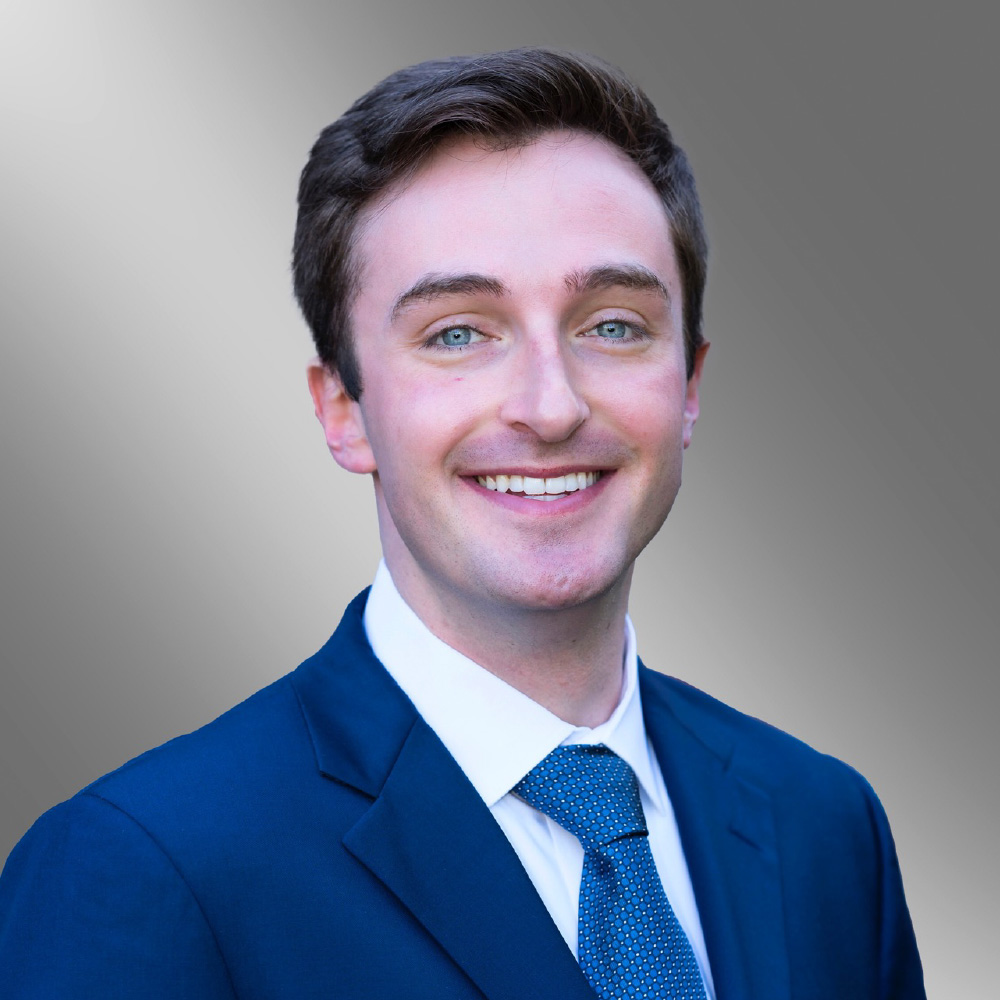 Alexander Petsos serves as Manager of Investment Operations for Storage Units and its affiliates. Alex is also a financial advisor and portfolio manager with Delta Capital Management, LLC. He has managed accounts for a variety of individuals and businesses across the United States.

Prior to joining the Storage Units team, Alex worked with global investment funds at Bank of New York Mellon and honed his analytical abilities as a financial analyst with a Fortune Global 500 company. He has passed the Series 65 Uniform Investment Advisor Law Exam and is currently enrolled in the Chartered Financial Analyst (CFA) program.

The construction team at StorageUnits began building self-storage facilities over twenty five year ago. Since then, the team has built almost 1,000 self-storage communities for outside developers and their own team.

*Investing involves risk, including loss of principal. Past performance does not guarantee or indicate future results. Any historical returns, expected returns, or probability projections may not reflect actual future performance. While the data we use from third parties is believed to be reliable, we cannot ensure the accuracy or completeness of data provided by investors or other third parties. Neither Storage Units Capital Management Corporation nor any of its affiliates provide tax advice and do not represent in any manner that the outcomes described herein will result in any particular tax consequence. Offers to sell, or solicitations of offers to buy, any security can only be made through official offering documents that contain important information about investment objectives, risks, fees, and expenses. Prospective investors should consult with a tax or legal adviser before making any investment decision.